Porch has evolved in recent years to become an enterprise software company as well as a consumer-facing marketplace. The firm is the latest to use a merger with a SPAC to go public.

Porch, a real estate technology startup that offers a home improvement marketplace and enterprise software, made its stock market debut Thursday after completing a merger with a “blank check” company earlier this week.

The merger brought together Seattle-based Porch with Los Angeles-based PropTech Acquisition Corporation (PAC). The latter firm is what’s known as a special purpose acquisition company, or SPAC, which is a business that exists to go public and then later merge with a larger firm. Such mergers allow companies like Porch to begin selling shares more quickly and easily than if they went through a conventional initial public offering route. 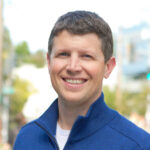 The merger was approved on Monday, which allowed the combined company — which is now named the Porch Group, Inc. — to begin selling shares on the Nasdaq on Christmas Eve. To celebrate, Porch founder and CEO Matt Ehrlichman will virtually ring Nasdaq’s bell Thursday morning to begin the market’s trading for the day.

Mergers with blank check companies have become an increasingly popular path to the public trading floor in recent years, and just this week iBuying behemoth Opendoor used the strategy to make its own stock market debut.

Porch’s stock was trading at just under $15 per share early Thursday afternoon. That represented a slight increase compared to the closing price Wednesday, when shares were trading merely as part of PAC. However, the share price has also risen consistently over the last week as the merger between PAC and Porch wrapped up. 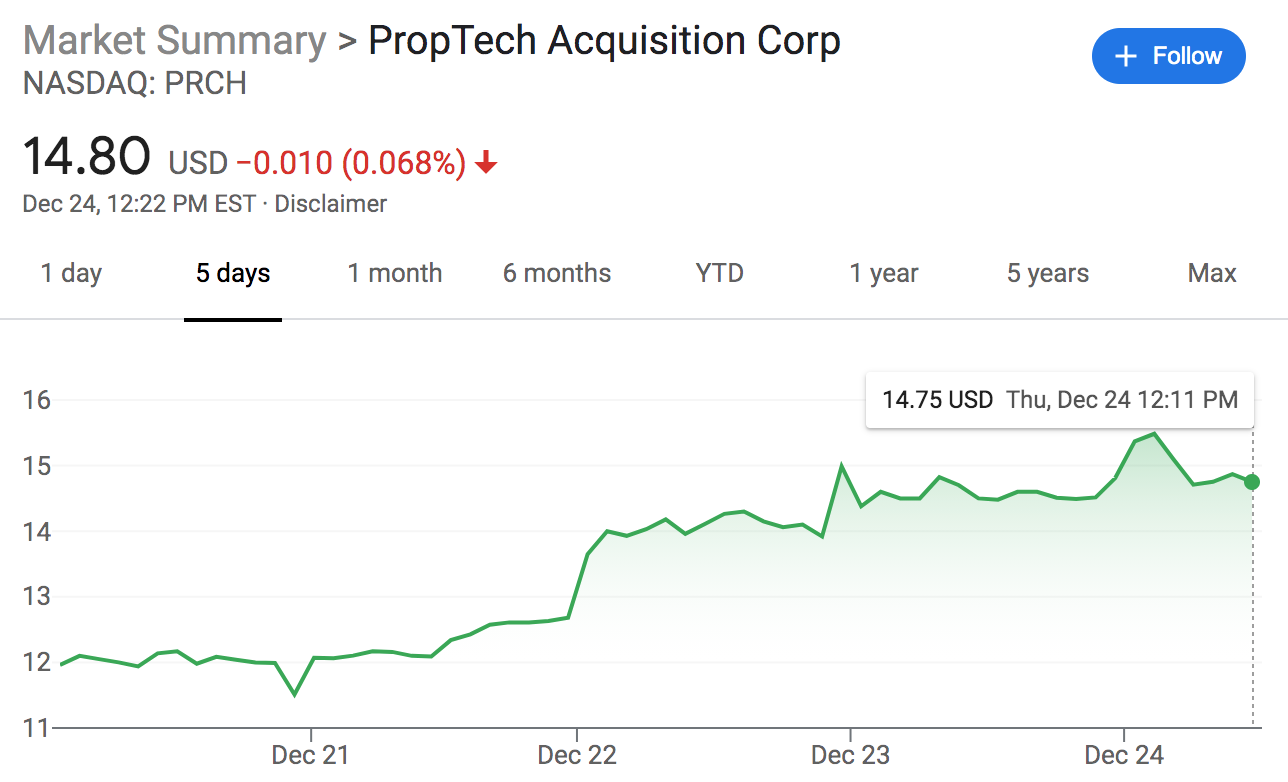 The Nasdaq also welcomed Porch to the market Thursday morning on Twitter.

Ehrlichman founded Porch in 2012. Originally, the goal was to connect homeowners with home improvement professionals, and as a result the company built a marketplace that delivered consumer requests to service providers.

In the years since, according to its website, Porch has also “evolved into a vertical SaaS company focused on making the home simple by providing software and services to companies.” Porch says that thousands of firms use its software, which handle things like insurance, moving, utilities and more. Porch also uses the data it collects as a software provider to more effectively target consumers.

News first broke this summer that Porch was preparing to go public. The deal values the company at $523 million, and included a new investment of $150 million led by the Wellington Management Company.

However, later filings with the U.S. Securities and Exchange Commission (SEC) also indicated Porch was losing money and strapped for cash.

“If the company is unable to raise sufficient additional capital, through future debt or equity financings or through strategic and collaborative ventures with third parties, the company will not have sufficient cash flows and liquidity to fund its planned business for the next 12 months,” the October filing revealed.

The Real Deal first reported on the SEC filings.

Going public, and taking on new investment, would presumably go a long way to addressing that issue. And in a statement in July, Ehrlichman said the merger and stock market debut “is the right next step in our growth phase and a key milestone for our company.”

“A public listing will enhance our ability to scale more quickly and continue to innovate,” Ehrlichman added in the statement. “We look forward to partnering with PropTech in a transaction that provides an efficient, accelerated and proven path for a successful public listing on Nasdaq.”

Update: This post was updated after publication with additional information about Porch’s debut Thursday.

Seven reasons that may prompt the need for Emergency plumbing services